i am nearing completion on one of my projects, the 100 movies project where i intend to see the top 100 movies of all time, as voted by internet movie database users and losers, as the case happens to be. why do i say losers? because when i started this, all three lord of the rings movies were in the top 5, outranking such classics as casablanca, citizen kane, star wars, and one flew over the cuckoo's nest. even now, a year later, all three are in the top 13, outranking movies like the good, the bad, and the ugly, raiders of the lost ark, rear window, and goodfellas. let me tell you, it's a travesty.

so as part of this project, i have seen 58 movies, 54 of which are still in the top 100. i had already seen 44 of the movies still in the top 100. there are two left: double indemnity, which is out of print and would require an ebay purchase to view, and something called oldboy, which isn't even released in the U.S. Like LOTR, oldboy is said to be pathetically overrated, voted up the list by virgin losers who boast gold-plated figurines of gimli on their computer monitors.

my hope is that more rationally-minded people vote oldboy back down the list where it belongs, and that someone, somewhere, has a copy of double-indemnity that i can borrow or rent, because i'd prefer not to purchase it.

since the list is voted on by said virgin losers, i am considering starting a new project of 100 movies, voted on by professionals in the industry. such a list is the American Film Institute's list, which includes many amazing films not included on the IMDB list, such as the deer hunter, ben hur, network, a streetcar named desire, the graduate, and gone with the wind. also, this list is unlikely to change, so when i'm done with it, i'm done. it's a more concrete list. but before i start it, i'd like to wrap up the imdb list, and maybe even keep it up. we'll see. 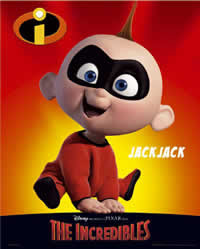 watched the incredibles last week, and i'll be damned if i didn't laugh my ass off the whole movie. those pixar people are freakin' geniuses.

i watched it as part of my 100 movies project.

umm, that is all.
0 comments

my take on the congressional steroid hearings

Who remembers the "Butt-Bonging" blog entry? Got this in an email from my brother..

You know, I just realized I never anwered your inquiry as to how the term "butt-bonging" sends google surfers to my site.

In a blog from last year, I wrote one entitled "Chipper Jones Must Die Soon" in which I referred to him as "a butt-bonging pawn of Ted Turner-Fonda."

That's the story of that. Here's the link-

So if any of your blog readers want an answer, well there you go.