For all intents and purposes, 2014 is wide open. Because I've not yet officially registered for anything*, nothing is set in stone.

Ultras
I think it's a foregone conclusion however, that I'll return to Three Days at the Fair in May, which is without a doubt my favorite race on the calendar. The fine folks over at NJ Trail Series have held this race four years and I'm proud to say I've been there all four. I'll once again be doing the 72-hour version, and with 398 lifetime miles at this race I should be earning my 500-mile coin in 2014.
I'm also almost certainly going to do the New Jersey One Day in November, a 24 hour run on the same course as 3-days, which I was happy to run in its inaugural year last month. I hit 77 miles in 2013 and I know I can do 10 miles better than that (because I have.)

I am planning on opening the year with a 50K fatass in Poughkeepsie at the MHRRC Recover From the Holidays Run on January 4th. I did this in 2009 and had a lot of fun but haven't been able to return. I was going to go in 2013 but that was just a couple of days after I sprained my ankle, so I skipped it.
Another race that I registered for in 2013 but was unable to attend at last moment (due to a wedding) was the Wakely Dam Ultra on July 19th, which is 55K over rugged remote trail in the Adirondack wilderness. The entire race is run without seeing a single road, so it's a totally self-supported event with no aid stations. I have done it twice and it's my favorite local trail race on the calendar. I am going to try to register when it opens on March 1.
Finally, I really enjoyed NJ Trail Series' Running With the Devil race at Mountain Creek in New Jersey this year, and if I don't get into Wakely Dam (it fills up in minutes), I intend to go here on July 19th, and hopefully this year I'll be able to stay longer than 9 hours. This one, which consists of multiple laps up and down a ski area, really tests your climbing and descending ability.

Finally, I would like to return to Colorado to give the Run Rabbit Run 100 on September 12 another shot, but it's way too early to know if I'll be able to manage that logistically or financially.

Since Run Rabbit Run, I have done a lot of short fast runs lately, and I think I may be in sufficient shape to PR a 5K right now. I don't know how long this fitness will last, but I am likely running a 5K on New Year's Day and maybe I'll do well there if things click. In general, I have joined a run group at my new gym and they're planning on attending several local races up to half-marathon, most of which I'll be happy to run. Most of these little towns in North Jersey have 5K runs at some point in the year, and it sounds like I'll be getting a tour of them with this club.

No plans to run a marathon at this time. If I do it hopefully won't be a big city race.

I will likely return to the Wyckoff-Franklin Lakes Triathlon on June 14th. I'm a former member of that triathlon club but still friends with everyone in it, and everyone in it does this triathlon and I'd like to as well. 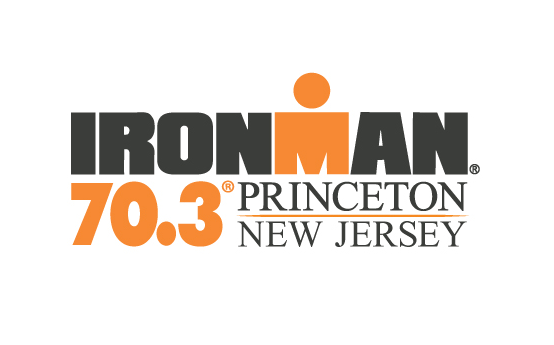 One thing that is really exciting locally is the new Ironman 70.3 (half-distance) race in New Jersey, in Princeton. It'll be held for the first time ever on September 21 and many of my friends are going. It also will be flatter than Syracuse, but being after Labor Day it won't likely be a hot race like Eagleman (or Syracusse this year.) So I'll probably register for that.**

Adventure
So every year I tend to have One Big Thing that I shoot for. In 2010 it was Umstead 100 (which I didn't finish until 2012 but that's a different story), in 2011 it was running every day that year, in 2012 it was Ironman, and in 2013 it was Run Rabbit Run. I have long been eyeballing the Last Annual Vol-State Road Race, which is a 501K (or 100Pi miles (314)) race from Missouri to Georgia in the middle of summer. Even through the stifling heat and humidity, the ten-day time limit always made it seem achievable through dog-headed stubbornness and Relentless Forward Motion. However, ten+ days is a long time to be away for the sole purpose a single race, and the race's increasing popularity makes it less quaint than it used to be, so when somebody mentioned the idea of a New Jersey crossing, I was intrigued.

It would approximate the route of the NJ Longest Day Challenge Bike Ride from Port Jervis at the northwest corner of the state (photo above would be starting line) to Cape May in the Southeast. Depending on the route, the distance would be something slightly over 200 miles. It wouldn't be part of any organized event, but just a multi-day run/walk. I'd do it solo/unsupported if I had to, but I'm not committed to that. There'd be no fund-raising. This is just stupid self indulgence.

I have been kicking this idea around and while I haven't committed to anything yet, the more I think about it, the more I want to do it. Since it's local, costs should be minimal. And I'm doing it on my own so the time-frame could be anything I want it to be- but late May/early June before it gets too hot makes the most sense. I'd do it over a long 5-6 day weekend.

Will I actually go through with this? Who knows. But I'd like to. Stay tuned..


Finally..
I'm also recommitting to my goal of 2000 miles total in the year.