Meb is not an american? 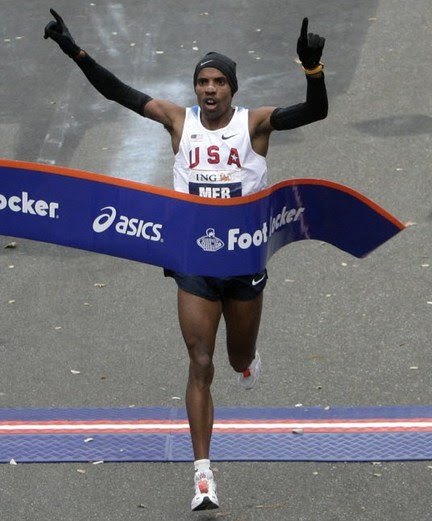 This is just an educated guess, but I'll bet that most the people who complain that Meb Keflezighi is not really american, have something in common - they're the ones who've never heard of Meb Keflegzighi before he won the NYC marathon. Letsrun.com cretins notwithstanding, they're not the running fans. Only running fans bothered to watch the 2008 olympic trials that were not televised, but were streamed over the internet. I don't think many fans who watched him struggle with the stress fracture he had and ultimately drop there said, "well, he's not american anyway."

Fortunately, at least the talking-head haters are getting what they deserve: http://www.businessinsider.com/cnbc-on-nyc-marathon-winner-of-course-he-is-an-american-2009-11.


New entries for Steve's blog are published every Monday, Wednesday, and Friday at 10:00am NY time and can be seen at http://www.tursi.com