the gastrointestinal properties of a tommyburger

I returned yesterday from a 12-day trip to California. I had hit most of my spots for food that I can't get in New York - Albertos, the dirty mexican food (dmf) chain, el nortena (now called taco fiesta), the dmf spot outside my parent's condo in san diego, el campion in san juan capistrano, the cleanest, highest-quality best-tasting dmf you'll ever find, and of course, la tiendita in san clemente, formerly known to me as "hole in the wall taco shop" but not anymore as san clemente has gone country club and a sign in the window says, "we proudly brew diedrich coffee." I also ate at el pollo loco 4 times, a dmf spot near vince's house in palm springs, in-and-out, farmer brothers, and a new favorite spot (in vegas) for unlimited amounts of sushi.

I had been putting off tommyburger, and I had to finally get one on the day I was to leave. 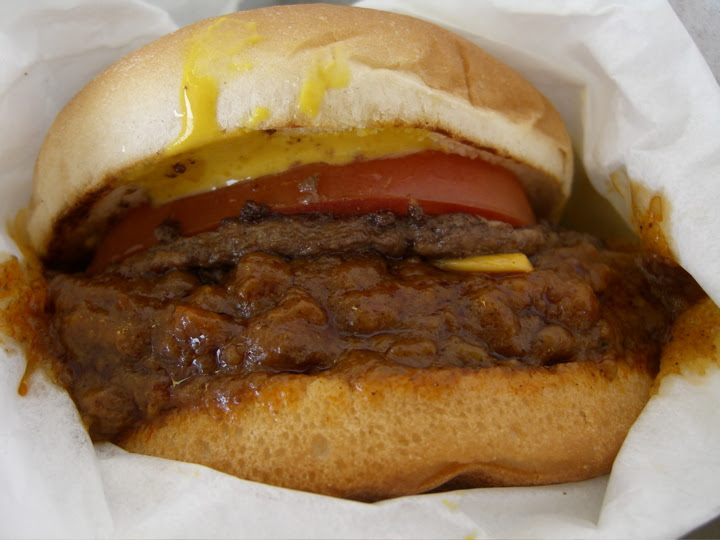 I ate it at noon. on Tuesday. my flight was at midnight. it wasn't pretty..

Even now, 2:30am on Thursday, I can still feel a slight twinge as my intestinal tract is fighting the last remnants of that thing.


my sleep patterns are all screwed up, and I think I just got caught up. the night after the marathon, I was only about the sleep about 4 hours. and I didn't get more than 5 hours of sleep on monday or tuesday night either. and wednesday night was a red-eye flight, so I only got about 4 hours of sleep on the plane as that chili manifested itself in my subcockles. When I finally got home at about 2pm, I went to sleep. My wife went and got chinese take-out (the east coast equiv of dmf), so we ate at 6 and went back to sleep. Finally woke up at 2am, and my son was sleeping on the floor next to my bed. You see, his sleep patterns are all screwed up too. I picked him up, put him back in his own bed, and wrote this post.

maybe now i'll get a couple more bonus hours of sleep before waking up and packing for a trip to vermont..